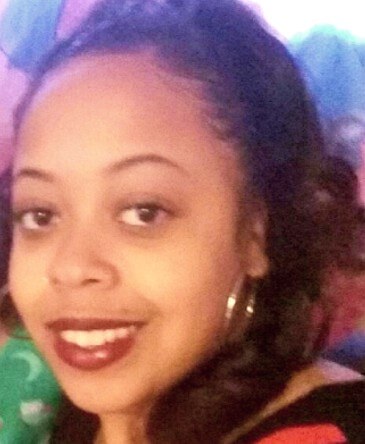 This success story is from Danisha, who worked with Renton YouthSource and Seattle Education Access. ReOpp is posting her story with permission.

My name is Danisha and I am a student at Central Washington University’s branch campus in Des Moines. Next August, I will graduate with a BS in Social Services. My goal is to become a counselor for at-risk youth.

In 2008, I was in high school but really behind in credits and did not feel focused. A friend told me about Renton YouthSource, where I could get diploma on a flexible schedule, so I decided to try it out. It was what I needed and with the help of the teachers and case managers there, I was able to graduate on time.

I wasn’t sure what to do next though. I worked a series of jobs to pay the bills, but that I didn’t enjoy – call center, in-home care, nursing assistant at an assisted living facility. I knew I wanted something better and that I needed to go to school in order to achieve my goals, but I wasn’t sure how to get started. In 2011, a staff member from YouthSource told me about Seattle Education Access and connected me with Jeff Corey, an Education Advocate. Jeff and I started meeting weekly at the library in SeaTac to create an education plan. I knew I wanted to help people and liked the idea of working with children and families. After investigating several options, I decided to pursue an AA transfer degree at Highline College.

My first quarter was very challenging. Despite the fact that I was passing my classes, I felt insecure about whether I was smart enough to be in college. Then, near the end of the quarter, I found out I was pregnant. At first this felt like a wrench in my plans, but soon it became a new source of motivation. Going to school wasn’t just for me anymore. I had someone else to look out for. SEA went the extra mile to make sure I had everything I needed to stay in school, like tutoring, scholarships for books, quarterly planning, and moral support. Jeff provided a lot of affirmation along the way. It meant a lot to have someone that cared. I completed my first year at Highline with a 3.5 GPA, then had my son over the summer.

By the end of September, I was back in school, taking online classes while raising my child. My second year was tough with the new baby, but I was really focused. I earned my AA degree in early 2015, and immediately found full-time work as a para-educator at Foster High School in Tukwila. Jeff worked with me to apply to several schools, but ultimately I decided to pursue a BS in Social Services at the Central Washington University branch campus in Des Moines.

I am thankful for all of the support I received from YouthSource and SEA. They have taught me perseverance; that no matter what obstacles life throws at you, you should never give up. With the right supports in place, you really can follow your dreams.